Radial arm saws and miter saws are both capable powerful tools that are commonly used in woodworking. While there are similarities between the two, there are also differences. Before deciding between either one of these or even thinking of buying both, you need to consider what they are used for, the differences between radial arm saw vs miter saw, the two and which would be most beneficial to you. 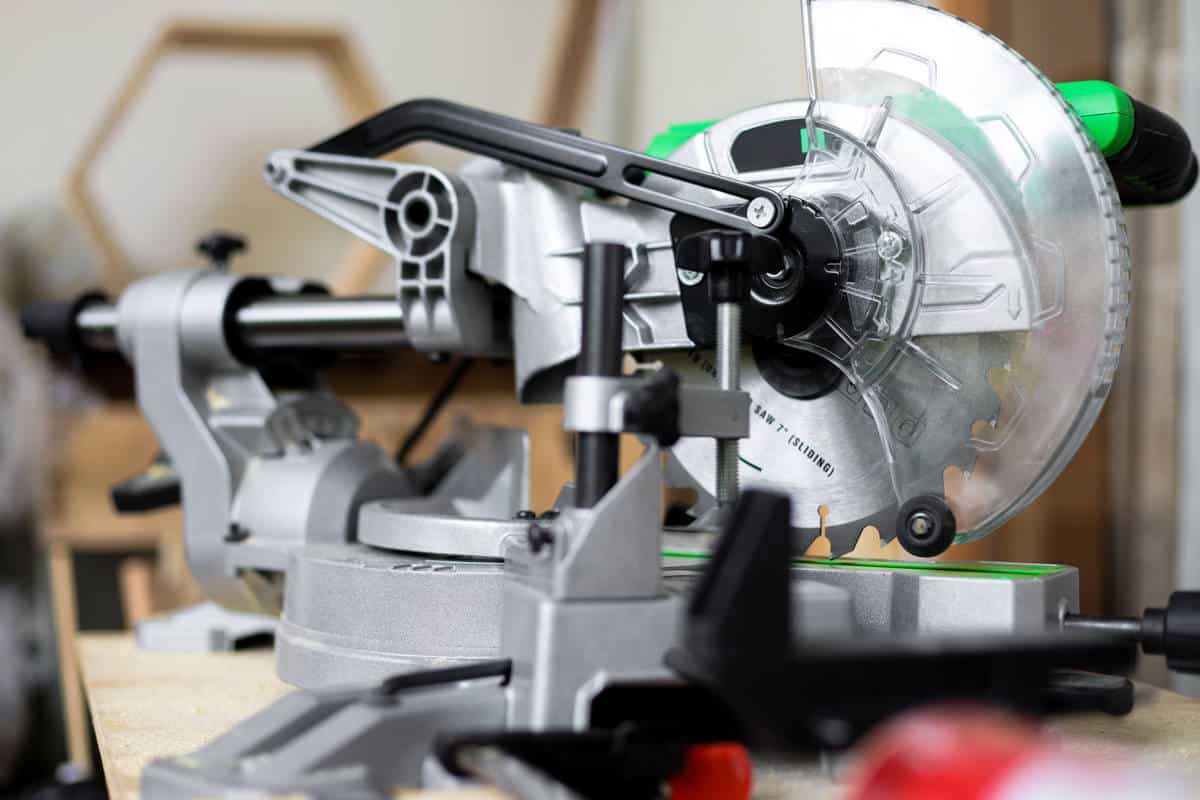 In today’s article we will discuss several qualities and differences between the two very popular and useful saws, so that you can make a better and more informed decision; but first let’s take a brief look at the following comparison chart that’ll give a basic idea before continuing below.

What is a Radial arm?

A radial arm saw is a type of saw that has its blade attached to an arm. It is powered by one or more motors, which causes the arm to move the saw blade back and forth. The radial arm is powered by a foot pedal, which causes the blade to move in one direction. This power tool requires one to set up a station for it, which is done by clamping it to a workbench or other surface. A radial arm was once quite popular, but it has since been replaced by more modern table saws.

What is a Miter saw? 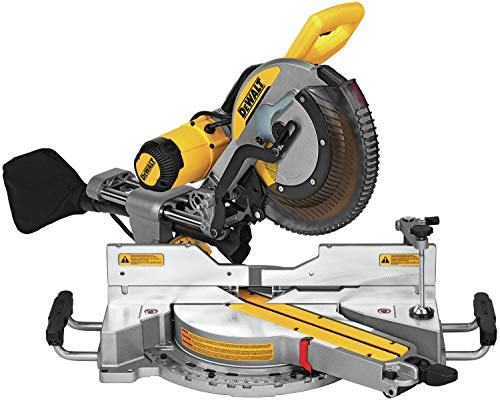 A miter saw is a portable and lighter power saw that is designed to make precise crosscuts and bevels. Its design makes it easy to adjust the angle of the blade, using a slider or a handle. While it’s ideal for quickly cutting small pieces of lumber, it’s not a great choice for long or thick lumber and may require one to either get help from someone in holding it or to use a backstop to keep it in place.

Miter Saws allows for great precision and control through its hinged arm, an attached workpiece with a slit, and a fence with a blade that is typically 8-12 inches in diameter. It also has a plastic blade guard built-in for safety. There are three variations of miter saws available: Compound Miter, Dual Compound Miter and Sliding Compound Miter. A Radial arm saw has a circular blade, sliding arm and blade that’s typically 12-22 inches in diameter. The blade itself can be adjusted to various angles and degrees in order to provide versatility in its cuts and their usage. Security measures, such as purchasing safety guards, are recommended to assist the user in cutting safely.

Radial arm saws and miter saws have several things in common. Both types of saws can make crosscuts, miter cuts and beveled cuts.

Radial arm saws and miter saws function in a similar manner. They both work by using a circular blade to cut through the surface of the wood and require you to make sure that you are dressed properly (no open hair, no baggy sleeves or dangling accessories and wear proper safety glasses), keep your hands at least 6 inches away from the spinning blade, plan and mark before you cut, use clamps for larger pieces, have all pieces tightly secured against the fence, never cut using a freehand or cross your arm over the workpiece when making a cut. Also make sure that your blade has started properly and is spinning at the desired speed before you start cutting and after you’re done, don’t lift the blade until it has stopped spinning completely.

Without proper safety precautions, both radial arm saws and miter saws can be dangerous. However, the radial arm saw is more dangerous due to the blade being more exposed as compared to the miter saw.

Miter saws are much more portable since radial arm saws need to be set up properly with a stand and table in a workstation in order for it to function, whereas a miter saw can be picked up and moved to a different location.

Conclusion: Which One Should I Buy?

In conclusion, a radial arm saw is a great tool for those who need to cut irregular shapes and massive lumber. It provides the user with a precise, versatile and secure cut, but it requires a proper workstation area to use. If portability is needed, then a miter saw is the more ideal choice. A miter saw also provides great accuracy and is less dangerous as compared to a radial arm saw.