A healthy and lush forest is always a sight to behold. Throughout the United States, one of the most magnificent forests is the Redwood forest, which is located along the coast of Northern California. That forest is home to giant sequoia trees, which are the tallest living things on earth. 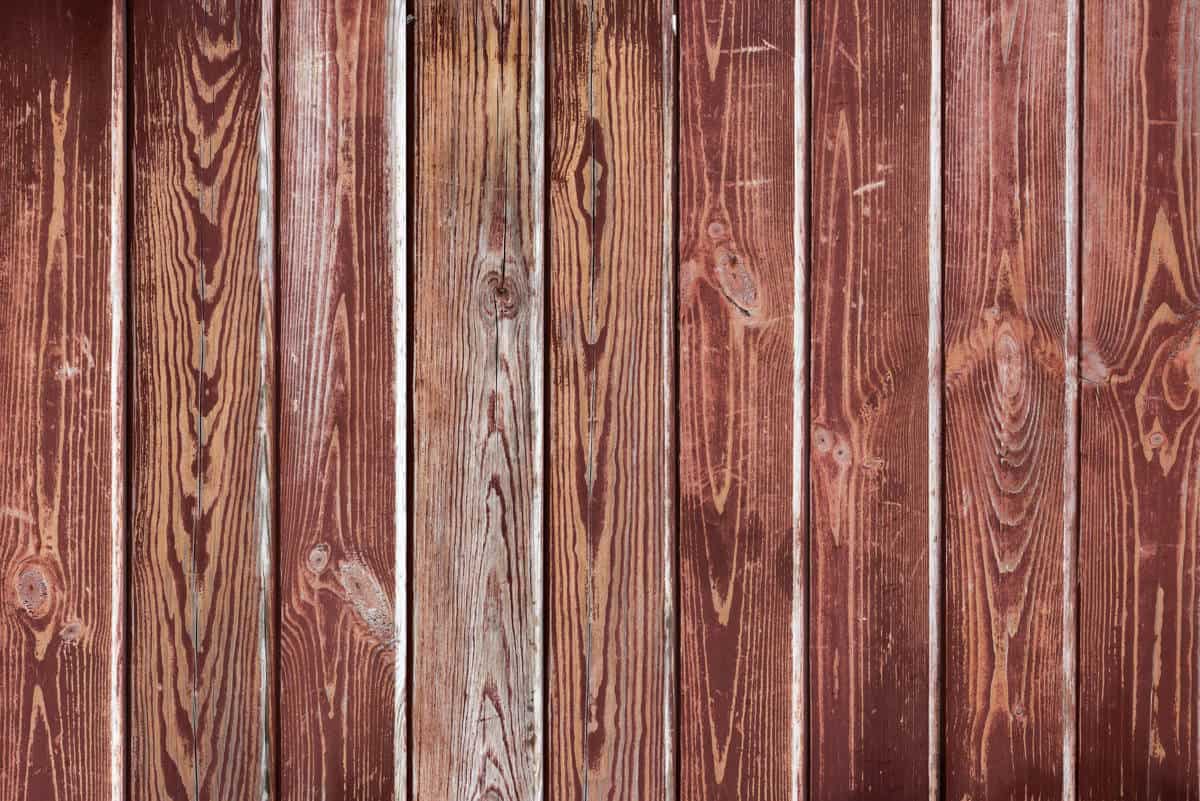 These redwood trees have been around for ages, surviving all kinds of challenges in their environment. The redwood has unique properties that have helped them survive and thrive. These qualities have also made them a popular wood to use for all kinds of wood-crafting projects.

Here in this article, we will take a closer look at some of the features of redwood trees, the three different types available, and share some useful FAQs.

What are Redwood Trees?

Believed to be one of the longest living species on Earth, according to researchers, redwood trees first appeared during the Jurassic period over 200 million years ago. These trees are the tallest and largest living things on Earth today. Redwood trees are also known as Sequoia and are a species of evergreen coniferous trees. In some parts of the world, redwood trees have been used to make canoes, houses, bridges, and furniture.

The leaves’ traits differ in shape depending on where they are located on the tree. At the top of the redwood tree, the leaves are short and narrow. Lower down the tree, leaves tend to be broad and long, their differences suited according to the different environments on top and lower areas of the tree. These leaves are dark green in color with white thin lines running through them visible on the underside.

The bark of the redwood tree is reddish-brown in color. The surface of the bark has deep furrows that are filled with dense fibrous wood. Those furrows have an interesting texture that is used in some types of woodworking projects. This bark not only provides the tree with protection against wind, heat, and drought but also against pests. In fact, its bark is the main reason why redwood trees have been able to survive for so long. The natural tannins that give redwood its distinctive hue also make it highly resistant to insects, decay, and most significantly; fire.

Redwood trees are dioecious, meaning that male and female flowers on the same tree are found in different locations. The male pollen cones are small and golden yellow colored, appearing at the end of the leaves all over the tree; while the female seed cones start out green and become red-brown when ripe, appearing at the top of leaves growing on the upper branches of the tree. Although there is no actual bloom on these trees, and the flowers are barely visible, redwoods flower during the late autumn or early winter.

Redwood cones are reddish in color, with seeds that range from dark brown to tan in color. The size of the cones varies depending on the species of the tree; with the coastal redwood cones being small, and the giant sequoias cones much larger. Typically, the cones remain on the redwood tree for many years before falling off. Seeds are shed before the cone drops in most cases. Seed-bearing cones that are exposed on the ground are usually blown down by strong winds or fallen by squirrels. A single mature Redwood tree may produce up to 100,000 tiny (3/4 – 1 inch / 2 cm) cones in a year, each providing around 100 seeds. It’s possible for a single tree to produce up to ten million seeds each year. The number of seeds a cone holds also varies depending on the type of redwood tree.

Redwood seeds are small and flat. The seedlings grow well in moist, shady areas as the main root system is developed close to the surface. Although the Redwoods produce millions of seeds, only a few are viable, and even fewer generate healthy seedlings, but once seedlings are established, these trees can grow tall enough for shade in just a few years. Seed viability rises with the age of parent trees.

All redwoods are cone-bearing trees and get their common name from their reddish-brown bark and heartwood. They share many common characteristics, but there are three species of Redwood; the Coastal Redwood, the Giant Sequoia, and the Dawn Redwood.

The tallest living trees on earth, with an impressive growth rate, these evergreen trees exist along the coastline, thus the name was given since it is always green and never loses its leaves like deciduous plants. The coastal redwood is classified as an endangered species by the IUCN Red List of Endangered Species but is not covered by the US Endangered Species Act.

Can be recognized by its tall and reddish straight trunk and its small needle-like green-colored leaves. Coastal Redwoods are found near the coastline in dense forests. Their canopy spreads up high and wide and is green all year round. California redwoods may also be recognized by sprouts emerging from the roots.

The most massive trees on earth, their bark is cinnamon-brown and soft with distinct furrows and ridges. The spongy bark is also why the giant sequoia is also known as the “boxing tree.” It’s soft enough to be punched. Despite their intimidating stature and adaptations to fire, the giant sequoias have been listed as an endangered species by the IUCN, due to the threat and effects of climate change.

Can be recognized by its massive structure, fluted trunk base, and dark brown furrowed bark. Giant redwoods can also be identified by their dark green colored leaves, arranged spirally on the shoots, and the distinctive shape of their cones.

This deciduous conifer is native to China. The Dawn redwood was once believed to have gone extinct but was rediscovered in China in 1941. Since its discovery, it has been planted across the globe, and now can be found in the UK, United States, and many other countries. It is still considered an endangered species due to a very small population present in the wild but is being actively cultivated.

The Dawn redwood is a tree that has proved to be simple to cultivate in temperate climates, and it is now widely cultivated as an ornamental tree. It can be recognized by the tree’s shape which is pyramidal in winter and broad with an irregular crown in summer, also by its grayish-brown trunk, green leaves, arranged spirally on the shoots, and distinctive shape of its cone. Something to note about this particular redwood tree is that three variations have been detected based on the size of their cones, large, medium, and small. The tall cone is found on mountain slopes, has a wide canopy, and produces more seeds. It is also more drought tolerant and its tree develops a thicker trunk. The small cone type is prevalent near streamsides, is more sensitive to drought, and has a thinner trunk than the other two.

What kind of wood is redwood?

Redwood is a soft, lightweight, and strong wood that has a good strength-to-weight ratio. It’s also quite durable and doesn’t shrink much in dimension. Redwood has a pale pink to light brown color that darkens to an orange hue with age and is usually straight-grained with a coarse texture.

Redwood is often used to make high-grade furniture, cabinets, decks, and structures. It also resists weathering well and is easy to work with. It has exceptional properties, such as its resistance to rot, insects, and fire, that make it a popular choice.

When it comes to the redwoods in America, such as the giant redwood and coast redwood, much of the California redwood forests have been harvested or are now reserved, but thanks to replanted forests, redwood log supplies are easily available. These redwood trees that come from the replanted forests are often called second-growth and are often a little more inferior in quality than the original trees, but this isn’t too noticeable to the casual observer.

Though many may think redwood, due to its high durability, is extremely expensive, it actually isn’t. In terms of value, redwood is in the mid-range. Not cheap, but it’s considerably less expensive than composite timber, high-end plastic, or exotic woods like Ipe.

It’s expensive when you compare it to pine, spruce, or even similar colored cedarwood, but it’s also more durable than either of these, its great strength, beauty, and multiple other superior qualities make it worth the price.

What is redwood good for?

Redwood is good for many things, common uses of it are veneer, construction lumber, beams, posts, decking, exterior furniture, and trim. Burls and other types of figured Redwood are also utilized in turning, musical instruments, and a variety of other small items.

It’s ideal for furniture, decks, and structures since it’s very rot-resistant so it can be used for things like posts, beams, and poles, Decks because it’s resistant to moisture damage, and exterior applications because it weathers well. Redwood can be used for raised garden beds that will last a long time, about 10 to 20 years, while wood like pine may last about 5.

It’s simple to cut and shape, with nails and screws held firmly in place. It polishes and paints well. Redwood is also lightweight and holds enough moisture inside it to prevent cracking and warping.

Redwood is a strong, durable, versatile, and beautiful type of wood that serves many purposes.

Overall, this is a plant of enormous physical energy, quick and massive development, gravity-defying in its capacity to lift water to the heights of its crown, and can not only sustain its own rich existence but also the lives of many other species.

The Redwood is a symbol of the majesty and stature of natural incarnation and creation. It links us to an ancient past when the boundaries of time were less defined by events, and more inextricably connected to things that are beyond us.